Grow a Spine and Get Rid of Your Dead Weight Employees 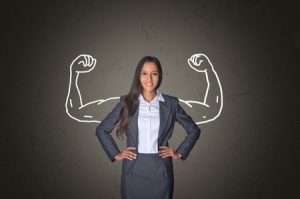 The teams that you manage day-to-day are, as the saying goes, only as strong as their weakest link. If there’s a certain employee who doesn’t play well with others and is causing issues, whether it’s through negative behaviour, bullying, causing constant conflict or any other number of ways, everything from company morale to overall productivity can be negatively affected. It goes without saying that this can only go on for so long, but you may be – understandably – hesitant to rid them from your employ entirely. So how do you handle this individual and put a stop to their conduct – especially if you’ve already given plenty of warning?

We came across this article written by Kevin Weir from ActionCoach last August. Entitled Grow a Spine and Get Rid of Your Dead Weight Employees, it tells the story of a client of Kevin’s who called him to ask for advice about the most recent incident regarding an employee that had been causing trouble amongst her colleagues for ages. This time around, she had, according to the article, “[thrown] another major fit, screamed that she was quitting, and stormed out of the building.”
Kevin’s client was concerned about letting this employee go due to the fact that she was “35% of her income.” But where she saw negative repercussions, he saw a perfect opportunity. From the article:
“Of course I told her that this was the greatest piece of news that she could ever get.  I told her to pack up her personal effects, and put them out in the hall.  When she comes in tomorrow for work (which I knew she would do), just tell her that since she quit yesterday, you accepted her “verbal” resignation.”
Kevin goes on to explain the history of this particular employee, one he was all too familiar with, and points out that the potential financial ramifications were solved within half a year after she was let go:
“For almost two months, I had been coaching this individual to get rid of her cancerous employee, no matter how much revenue went through her.  In that time I had seen the team walk on egg shells, and in general, display an almost total hatred for their work environment.  Finally with this outburst, she had the courage to do what I asked her to do.  Over the next few days, every team member privately came to her and expressed thanks and appreciation for getting rid of this malcontent.  The atmosphere in the business totally turned around, and the lost income was made up in about 6 months with the addition of a new team member who fit well into the team.”
Despite concerns that firing this employee – no matter how problematic she was becoming – would have negative consequences, particularly regarding the company’s revenue, replacing her with a team member that got along well with the rest and fit in nicely helped increase employee morale, improved the overall atmosphere at the company, and saw their income back to where it was within six months. In the end, it was completely worth it.
If you’re in this situation, Kevin’s points are pretty sound and we recommend you give this article a read. He’s blunt in his assessment, reasoning that, as in the case of this example, it’s never worth it to hold on to an employee that causes multiple problems for the team, the management, and ultimately, the business.
Have you had to deal with an employee like this before? How did you approach it? Do you agree with Kevin’s points? Your thoughts are always welcome, so let us know!
Copyright: skdesign / 123RF Stock Photo