Your phone password matters if you’re arrested in Ontario 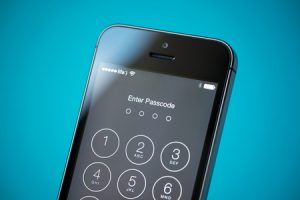 We came across this article regarding a recent decision from The Court of Appeal for Ontario, which ruled that police must obtain a warrant to search a citizen’s cell phone if it’s password-protected. Given the prevalence of cell phones and other handheld devices among the average person today, we thought this was important information to share with our readers. Read on for more details about the ruling and be sure to share this with friends and family!

TORONTO – Ontario’s highest court has signaled that the right of police officers to look through someone’s phone depends on whether there’s a password. The Court of Appeal for Ontario says it’s all right for police to have a cursory look through the phone upon arrest if it’s not password protected, but if it is, investigators should get a search warrant. The court’s ruling comes in the case of a man who appealed his robbery conviction, arguing that police breached his charter rights by looking through his phone after his arrest.
Kevin Fearon was arrested in July 2009, after a jewelry stall at a flea market in Toronto was robbed, and police found pictures of a gun and cash as well as a text message about jewelry on his phone. The Appeal Court denied his appeal, saying that police were allowed to look through Fearon’s phone “in a cursory fashion” to see if there was evidence relevant to the crime, but after that they should have stopped to get a search warrant. The court says if the phone had been password protected or otherwise locked to anyone other than its owner, “it would not have been appropriate” to look through the phone without a search warrant.
The Appeal Court judges referenced a decision in a murder case in which the judge did not allow evidence from a personal electronic device because it “functioned as a mini-computer,” which has a high expectation of privacy. The contents of that device were only extracted by a police officer using specialized equipment in that case, the Appeal Court judges noted. “There was no suggestion in this case that this particular cell phone functioned as a ‘mini-computer’ nor that its contents were not ‘immediately visible to the eye,’ the court said in its ruling, released Wednesday. “Rather, because the phone was not password protected, the photos and the text message were readily available to other users.”The court, though, declined to create a specific new rule for all cellphone searches. “It may be that some future case will produce a factual matrix that will lead the court to carve out a cellphone exception to the law,” the ruling said. “To put it in the modern vernacular: ‘If it ain’t broke, don’t fix it.’”
Thoughts? Comments? Any additional insight? Your feedback is always appreciated, so sound off in the comments and let us know what you think!
Copyright: bloomua / 123RF Stock Photo